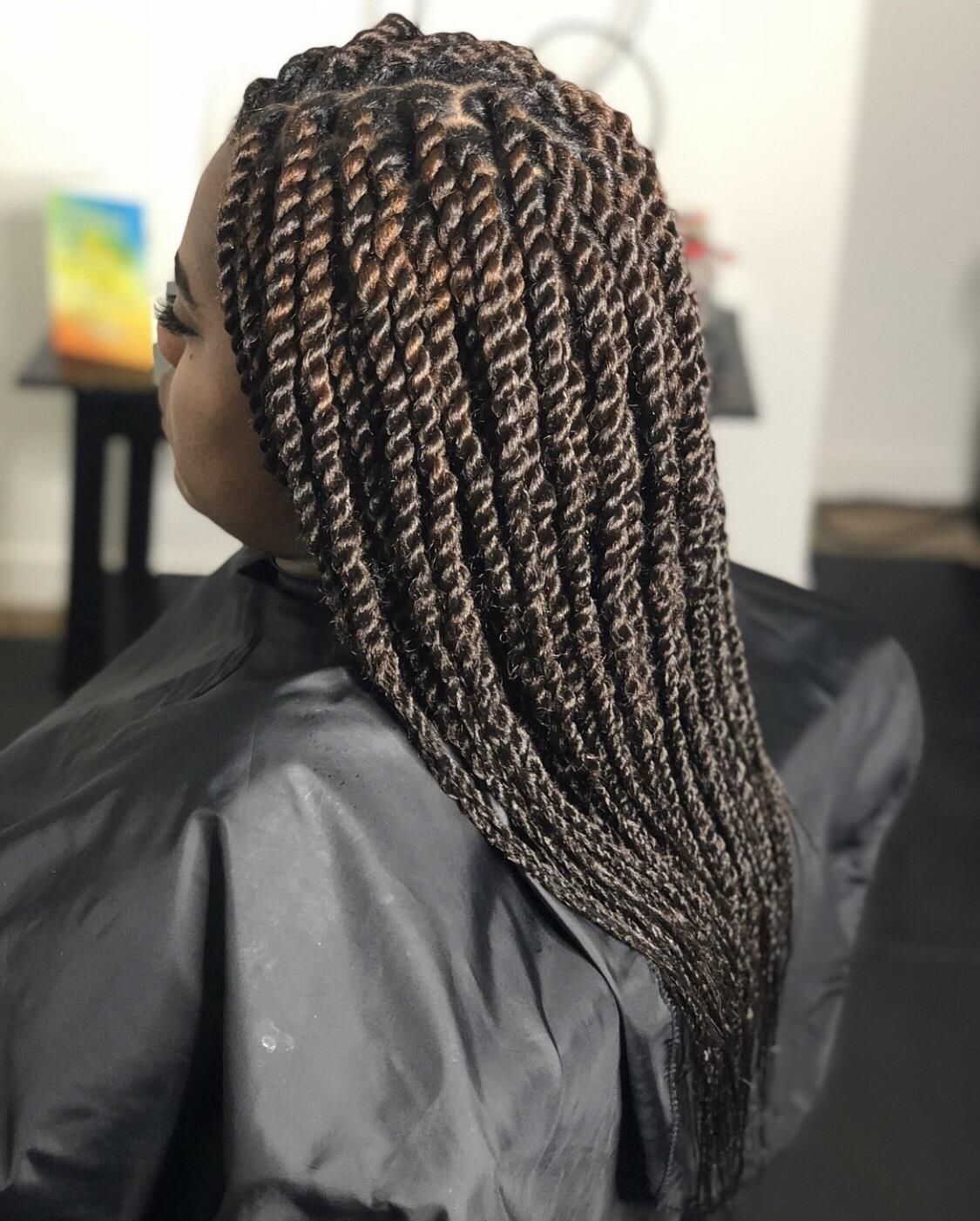 2020 has started off pretty well for me. And as I continued to reflect on 2019, I realized that while I could always do more, I had some significant financial wins and I have much for which to be grateful. So, counting down Afro Penny’s top three financial wins of 2019…

#3 – I learned to braid/twists my own hair – This may seem less significant if you are not African American/black/have highly textured Afro hair, but learning to do my own hair was a game changer. And I am only sad that I did not learn to do it much sooner, especially while I was living abroad.

Braids/twists, even in cities with significant populations of African descent, are not cheap. While you can find bargains on Craigslist and the like, a decent stylist is still going to charge you between $150.00-$200.00 for an average style not including the cost of synthetic hair, which is often used to add length and durability to the style (note: braids/twists can be worn for at least a month, and take between 2-6 hours to install on average). If you want trendier styles like stitch braids or spring/bomb twists, the cost only gets higher. I will confess that in August, shortly after I moved here, I used some “found” money to pay almost $400.00 for shoulder length bomb twists. Despite being assured that it would last for at least three months, and look better as it aged, the stylist had a poor technique, and it looked raggedy after four weeks. Through headbands and other creative styling, I managed to extend the style to seven weeks just so that I didn’t feel like a total fool.

After that experience, I said enough was enough and I attempted to twists my hair myself. After six hours and $30.00 worth of synthetic hair, I had a style I liked. A month later, my confidence improved, I tried again with different hair. The second style came out even better that the first and the hair I used was not as heavy and cheaper (only $16.00) for the two packs I used.

Since I did my hair that first time, I have done my hair three more times and my technique and the outcome improves each time. To date, I have saved at least $500.00 and my only regret is that I didn’t do it sooner.

#2 – Only a two week gap in employment – By the time I departed, I was really unhappy at University A. If I’m even more honest, I put in my letter of resignation/intention not to return/contract non-renewal in February, with the hope that I could find a job before the academic year came to an end in June. Not only did I find a job in a pretty great city, at a better resourced university, much closer to my parents, there was less than a two week gap in my employment. While the move from a bi-weekly to a monthly paycheck took some adjustment, I am very happy with my new employer, and excited that the decision I made to switch employers, for my health and happiness, was a relatively smooth transition.

#1 – I paid off the personal (student) loan to my best friend – This was huge for me. Even though I had time to see it coming, I didn’t realize how much of a relief it was not to owe my best friend money anymore. While she was as kind, considerate, and as generous a lender as one could hope, owing her money was a constant reminder of how far I had fallen financially and how long I had been in such a place. There was so much shame. It was a small step of which there will need to be many, but at the moment, I am nothing but relieved and grateful.