Yesterday, I received both the federal stimulus check (deposit) for $1200.00 and a $300.00 reimbursement check (deposit) from my employer. While I had already written a post about what I would do with the money when I received it (Note: I expected to receive it much, much later), as I sat there looking at my unusually flush mid-month bank balance, I began to obsessively review my debt repayment plan to make sure I was making the “right” decision. After some hemming and hawing, I put the entire $1500.00 towards Private Student Loan 1 (PSL1). With this payment, the Citi portion of PSL should be paid off of June 1st and the Discover portion of PSL1 should be paid off on August 1st.

While I sat on my couch filling out an application for a side-gig, I began to think about how my goals would need to be readjusted given that I wouldn’t be able to make the kind of money I had expected to make this summer from academic enrichment activities since University B, and the surrounding public school districts, announced that they would be cancelling in-person activities for the summer. As I began to do this, I also began to think about the upcoming months, through the end of the year, and what I could successfully achieve with respect to debt repayment. At some point, I was reminded that my car lease is ends in early January and that I need to either buy the lease out now ($12, 176.18), buy the lease at the end of the lease period in early January ($10, 282.50), or return the car at the end of the lease period and buy another vehicle. 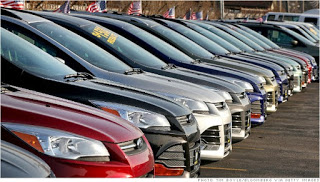 Initially, I began Googling “Auto Loan Calculator” tools to figure out how much the car payment would be if I took out a loan for the amount of my vehicle. Of course it only made sense to buy my car at the end of my lease because it is a 2018 and will only have 32,000 miles on it and you can’t purchase a late model vehicle, with so few miles, for that price. However, at some point, while I was doing all of these calculations, I just stopped for a minute. I thought about exactly what I was doing. And then I went on the following internal rant to myself:

This was my ah-ha moment. The moment I realized that I will never be rid of debt if I always allow myself to justify borrowing money and if I don’t look at borrowing as adding debt to my already massive total. So, I came up with the following revised financial goals for the remainder of the year, assuming my income does not change:

I decided to payoff USL3&4 because their minimum payments are large in proportion to their balances. For example, PSL2 which has a balance $7,854.39, only has a minimum payment of $93.30 a month. Additionally, more of the current minimum payment for PSL3 goes to interest than to principal and as I would be pausing additional debt payments for the remainder of the year, I wanted to still be making some progress.  Updated: The very day after I wrote this…I know, I know.

I know that was a lot but…thoughts?

I really just want to end the debt cycle once and for all. That was an important moment and decision for me.